Some Benefits of Coffee

Some Benefits of Coffee

The fact that I need to defend coffee is shocking to me. There's no other beverage that I love as much as covfefe. I'm definitely not unique in my love for the nectar of the gods, but there is a large percentage of the population that fear this elixir. There seems to be a fear out there that you can only have one coffee per day or that caffeine is the next opioid problem. So for that purpose, I will describe some benefits of Coffee. 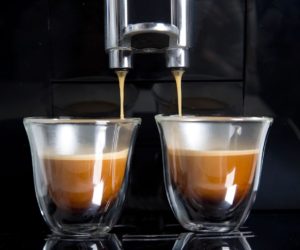 This isn't going to provide any negative side effects of coffee, only benefits. If you happen to be someone who doesn't tolerate coffee, I feel for you.

I would argue that the worst thing people do with coffee is add sugar. Coffee may be a negative for some people, but extra sugar is bad for everyone, we simply don't need it. Try some heavy cream for a nice rich taste instead!

BENEFITS OF COFFEE ON PERFORMANCE

One place coffee is overlooked is in the physical performance realm. For those who don't know, caffeine is one of three ergogenic supplements - creatine and beta-alanine being the other two. Ergogenic means that it improves performance on its own, not as a combination of factors. Caffeine has been shown to improve aerobic performance and even strength. Recently, a new study came out which suggests that coffee maybe improve performance more than just caffeine.

Benefits in exercise to failure were seen in both the coffee, caffeine and decaf + caffeine group and were all significantly higher than the placebo group. Unless there's a favourite pre workout formula you like, coffee is a cheap and tasty alternative to the overpopulated supplement market. I personally love a quick double shot of espresso before training as the benefits of coffee have been shown.

It also happens to be delicious.

BENEFITS OF COFFEE ON FAT LOSS

One of the more common benefits of coffee has always been fat loss. It is widely known that coffee contains caffeine and that caffeine can boost your metabolism. However, more importantly than that, researchers at McMaster found that caffeine levels impacted ketone production. You can check out THIS STUDY for the details, but essentially ketone production increased with the caffeine dose. The doses were not extreme either, for my size they would be approximately 215mg and 430mg of caffeine respectively. That's roughly one and two coffees, something very reasonable for most people.

If you're following a ketogenic diet or intermittent fasting, coffee can be a very good addition to your routine!

BENEFITS OF COFFEE ON REASONING / COGNITION

If you're looking to finish a project or maybe you want to be sharp for an afternoon meeting, fire up the percolator! THIS STUDY of over 1300 people found a positive association between caffeine consumption and abstract reasoning. Of course, coffee won't turn you into Albert Einstein, but that cup of joe might give you a boost in the short term.

Similarly, THIS STUDY used a web based at home cognition test to show that caffeine intake can aid cognition and alertness in an at home setting.

Obviously, I'm a strong believer in the benefits of coffee consumption. I hope that seeing some of these benefits will persuade you that it's okay to have that extra cup in the morning (or anytime).

In fact, I'm such a fan of coffee that I have almost 10 brewing methods at my disposal.

Currently at home, I own and operate these brewers/types of coffee:

Leave a comment below on your favourite coffee style!

/* Add your own MailChimp form style overrides in your site stylesheet or in this style block.

We recommend moving this block and the preceding CSS link to the HEAD of your HTML file. */

Previous You Need To Get Faster
Next Autophagy Through Fasting