It's Not Your Fault

It's Not Your Fault

diseases is staggering. So many people you know, and maybe this includes you as you read this, have strayed so far from what it means to be optimal and in great health. So many of us are not in place we really need to be, and here’s the thing: It’s Not Your FaultreversibleI don’t think it’s any surprise that as a society, our health is deteriorating. The healthcare costs of 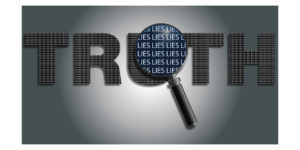 It's not your fault, deception is everywhere[/caption]

The hostility I’m referring to is more secretive and deceitful.being. For the most part, our environment looks that way; we have water, food, heat, lodgings, and all sorts of other luxuries. That part isn’t hostile, it’s quite cushy actually. onment that supports their well In some sense, we are all responsible for the decisions we make regarding our lifestyles. And yet, it runs much deeper than that. Our society is not helping us out. I wasn’t oblivious to that, I’ve always seen the pitfalls, but I recently heard a podcast and it reminded me how blatant this is. In one of Dr. Christopher Ryan’s podcasts, he discusses the idea that humans are unique in the sense that our own environment is hostile toward us. Most organisms/species live in an envir

You’d be surprised how many calories we burn from just doing simple tasks and simple errands. slowly becoming automated. You barely have to leave your bedroom anymore let alone put forth serious effort to get something done.that, but everything we need done isNot only A recent poll of bank employees showed complaints that they were being pressured to sell higher interest products regardless of the clients interest in them (Link). new it was bad for us, but did so anyway for the sake of profit. Now, we are bombarded on a daily basis by things that we know are horrible for our health. k This isn’t even a joke. Look at breakfast cereal. The companies that made the first high sugar cereal That might sound nice, but we need to move and be active for optimal function., borrow more money and do tasks that will make us work less and less. fat, etc.)trans (sugar, us. Think about it this way. Our government, policies, and popular culture are put in place to appease industry and NOT for the best of humankind. Our systems are constantly trying to convince us to eat more bad foodceive hostility is mostly in North America. Here, our environment (modern society) doesn’t actually have our best interests as an organism at heart. Our environment is actually trying to deatTh

That’s the bottom line. Now the onus is on you to get educated and make decisions for yourself that are optimal for your health and survival. Luckily, we can build networks of people to expose some of these issues. allow this? Simple, profits mean more in the grand scheme of things than our health as individuals. y societ our andes our governmentWhy do

Hopefully that’s where I come in handy. Since I’m interested in health, I do the research. Then I share the information with you, so you can avoid the pitfalls that our decision makers have forced onto your shoulders.

This means that going forward after reading this, there’s no more excuse. Make the choice to change your diet and your exercise routine. ‘There was a systematic failure and that’s why I’m overweight‘. I would actually accept that. Only now, you know. nt and the food guide, and so on:So what are you going to do? The easy thing is to blame the governme

fault it is; if you don’t do something about it you’ll still end up in the same place!who’sDo some research, read some articles and get educated because it doesn’t matter

It’s About Getting Better!
r